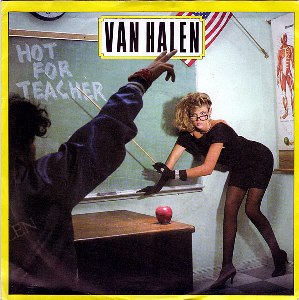 Van Halen’s Utopian Vision Has At Last Come To Pass.

As if further evidence were needed of the alarming rise in anti-skank sentiment across the globe, more proof comes in the form of a 2009 tragedy in suburban Brooklyn.  Two young women, exemplary educators by all accounts, were publicly humiliated and then cast to the wind by a prudish school board which punished the provocative pair not for any lack of competence, but simply because they were floozies.

November 20th, 2009, began and ended for most people like any other late autumn day in New York.  But for James Madison High School Spanish teacher Alini Brito and French teacher Cindy Mauro, it would signal the beginning of an anti-skank witchhunt that, when the dust cleared, would rob JMHS of not just two, but at least four talented educators.

One’s A French Teacher, For Goodness’ Sake! Of COURSE They’re Gonna Make Out In A Darkened Classroom.

The trouble began for Brito and Mauro when one of the school’s janitors took an inexplicable dislike to the winsome pair.  The janitor’s identity has been withheld for fear that otherwise his name would rightly be counted among history’s perfidious greats, enshrined alongside such icons of infidelity as Vidkun Quisling, Benedict Arnold and Judas Iscariot.

The custodial timebomb’s opportunity for revenge came when he spotted Brito and Maruro in an unguarded moment.  With their students occupied elsewhere in the school and having nothing else to do, naturally, the two language teachers began to shed their clothes and furiously grope one another.  Nothing terribly out of the ordinary–it had been just another school afternoon until the janitor spied the hot polyglots.

It’s doubtful that a definitive explanation of the custodian’s motives will ever be found, although that has not stopped various sources from making the attempt, propounding a panoply of theories–a brain embolism, schizophrenia, the notion that the janitor was just plain evil.  As plausible–even likely–as these theories may be, they will never be able to change the facts of this tragedy nor undo the injustice which, set in motion that day, continues inexorably to the present.

Unlike Baseball Goat Steve Bartman, When The Janitor’s Chance Came, He Dropped The Ball.

We do know that, rather than cry thanks to the Almighty for this one-time Gold Ticket opportunity to man up and acquire carnal knowledge directly from the mouths of these two educators in a sexual schooling straight from the oddly resinous pages of Penthouse Forum–or at the very least continue to lurk in the shadows while quietly pleasuring himself–the custodian was faced with a make-or-break choice and came up short.  The little snitch went and told the school safety officer.

This innocent act of hot hot affection would shatter the lives of the two skanky educators; the school board quickly reassigned the star-crossed pair to separate schools.  But since then, the school board’s aggressive anti-skank pogrom has claimed at least two more victims: Allison Musacchio and Lisa Gutilla.

Musacchio’s ostensible crime was having sex with an underage boy.  The disgraced teacher’s lawyer counters, however, that by time the “victim” left Musacchio’s bed, he was by all accounts a man.

Our Teachers Were Not Nearly So Dedicated. Trust Us.

Gutilla’s case is even more egregious.  The 37-year old physical education instructor’s world was turned upside down when the school board determined that the sexual contact she had been having with a fourteen-year-old girl was “inappropriate.”  There was a time–and not so long ago–when an oddly mannish girls’ volleyball coach whose athletes squirmed under her lingering touch wasn’t an aberration–it was tradition.

The school board’s decision to rob JMHS of these caring, innovative instructors by casting them aside was callous and counterproductive.  In time, with luck and with love, the four will find their respective ways in the world, able to hold their heads high.  But long after their story is forgotten, the poignant lessons of  Brito and Mauro’s daring, doomed love will remain, hanging in the air like chalkdust in a still classroom after the last bell has rung.  Separately these professorial party girls may have taught Spanish and French, but for its brief and shining existence, their hot, groping union showed us all a little something about the international language. 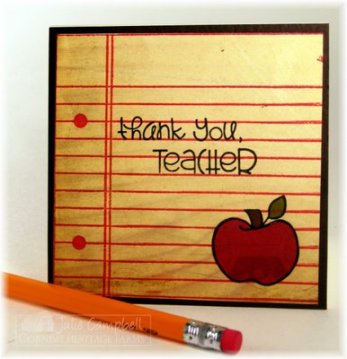 God Speed, You Brave, Brave Women. Believe Us When We Say We Will Think Of You Often And Be Touched.

We would think that two highly educated language teachers could do a better job of hiding their shenanigans.  Is it wrong to expect more from cunning linguists? ∞T.