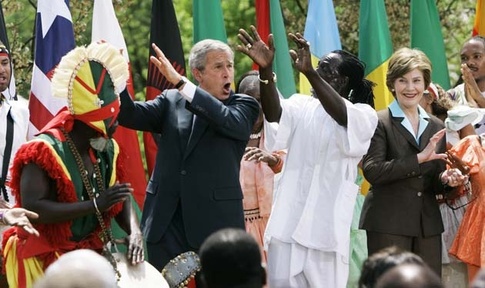 Some Folks Are Just Natural Comedians.

Humor is a strange and wondrous thing. Wondrous, of course, because of the warm, community-building emotions generated by humor, it is at the same time strange, as humor is one of those enigmatic and elusive qualities so hard to compare and quantify. Why, for example, do the French find Jerry Lewis uproariously funny when to the rest of the world his tired schtick is the humorous equivalent of nails on a chalkboard? Likewise, non-Spanish speakers watching Telemundo might be forgiven for failing to be delighted by a fifty-five year old man in a propeller cap, sucking on a lollipop and pretending to be a six-year old boy.

But despite humor’s slippery nature, there is sometimes broad agreement as to what does or does not tickle the funny bone. For example, most people regard blonde jokes as moderately amusing, while the Holocaust is nearly universally judged to be unfunny. Bill Cosby? Funny. Leprosy? Not funny at all.

Of course, some people are naturally funnier than others. You’ve seen these animated men and women holding court at parties or in the break room at work, effortlessly navigating the rocky shoals of the conversation with witty bon mots and amusing anecdotes. The responsive laughter is unforced and organic.

Just What Is It That Prompts A Grown Man To Choose A Career For Which The Term 'Buffoon' Is A Synonym?

Likewise, you’ve no doubt encountered the funny person’s far more common polar opposite–the odiously unfunny person. This strident, braying jackass is a comedy-killer who can usually be counted on to stun a lively crowd into a benumbed and uncomfortable silence with his mistimed jokes, painfully unfunny observations and stiff, rehearsed cruelty.

Sorry, But This Won't Be A Humorous Caption. Jerry Lewis Sucks The Funny From Everything He Touches.

Because the bulk of the population falls somewhere in the wide ‘moderately funny/moderately unfunny’ middle between these extremes, most people don’t realize that these two creatures–the wickedly funny and the desperately unfunny–are more alike than at first they seem. In fact, despite the completely disparate results of being funny and unfunny, the two share a common raison d’être. The trick to being really funny is surprisingly  also the very thing which motivates the human buzzkill: the secret to both is to think you’re really funny.

Really, Is There A Better Way To Tell The World You've Had Three Or Fewer Sexual Relationships?

“Was that supposed to be funny?” You can probably answer that one for yourselves. ∞ T.

19 thoughts on “Thoughts On The Nature Of Funny”