Much Like Making Out With A Barnyard Animal, Taking Revenge One Time Is Okay If Nobody Finds Out.

In general, I don’t think much of revenge. I believe it poisons the soul, slowly devouring whomever is possessed by it. It’s better to forgive and move on. I believe in legal (and to some degree societal) retribution–actions have their consequences, after all–but on an individual basis I think it’s much better to exclude the hated thing from your life altogether, rather than invest so much of yourself into opposing it.

Having said that, the following–necessarily vague–tale is of the other kind, of a vengeance so pure and sweet that it stands in stark relief to other examples, and a reminder that some rules, after all, are meant to be broken. Much, unfortunately, has been left out of the following tale. Were I to tell it all, it would be a study in redaction.

We’ve Said Too Much Already.

Many years ago, a group of friends was helpless to prevent the degradation and near ruin of a thing which they all held very dear, made far more humiliating by the capricious manner in which it was carried out. To the individuals who perpetrated this atrocity, it wasn’t anything more than a gag.

The friends were more than angry–they were devastated. Nor were they of one mind. Most of them, boiling with caustic, unspent hurt wanted to strike back right away, to smash and break and return the hurt that had been foisted on them. Others preferred to wait a while until after the haze of red emotion had cleared, and a more rational response could be crafted. No one, however, suggested that the matter be forgotten.

Okay, That’s An Excellent Point. But Isn’t He Also Supposed To Help Those Who Help Themselves?

Cooler heads prevailed, and for a time it seemed as though the matter had been forgotten. The folks responsible for the ugliness certainly forgot. For a time, all was well in the land.

Here’s the thing about revenge, though. If you’re going to do it, for God’s sake–do it right. The object of revenge is not justice, the taking of an eye for an eye. Revenge is punishment and ruin, a disproportionate response to remind that sorry fucker that all you wanted was to be left alone and in doing wrong by you he made the single poorest decision in his wasted and joyless life. Revenge is kicking him in the nuts again and again and again.

So the friends waited two whole years to strike. They planned. They watched. They didn’t forget. And when the time came, they struck. Folks, I can’t tell you much more than that, but believe me when I tell you figuratively that somebody got fucked. Hard. And in the eye.

And for years afterward they rarely spoke about it privately, and never publicly until one of them went and blabbed about it on the internet. Which will probably earn him a serious talking-to. You think I’m kidding.

There’s the cliché, ‘Revenge is a dish best served cold.’ Maybe that’s true, but this memory keeps me warm at night. 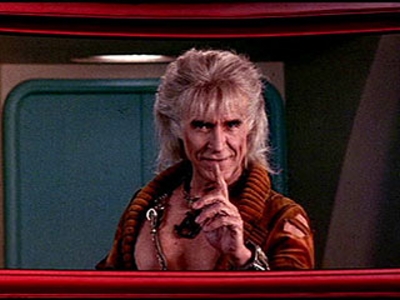 Revenge: Don’t Do It! Unless You’re Prepared To Do It Right.