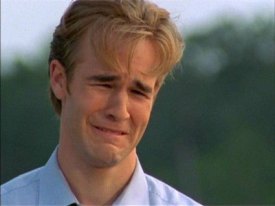 The Whole Family Gets A Big Kick Out Of Dad's Annual Tradition Of Asking Smaktakula If This Will Be The Year He Finally Comes Out Of The Closet.

It happens every year–wherever families are gathered together for the holidays, dark forces arise to ensure that some asshole ruins Christmas for everybody.  Again.  This holiday-themed poltergeist may manifest as anything from your sister’s annual recrimination-swollen weep-orgy  to your uncle’s unquenchable lust for the young cousins.  It might simply be dad not showing up again.  Just as there are a myriad of families, each with its own holiday traditions, there are also just as many traditional ways to fuck those families up for the holidays.

You Might Not Think A Guy Like This Would Amount To Much, But He Kicked Christmas' Ass In A Big Way.

But as with so many things done well–particularly with holiday-themed acrimony– it’s easy to be undone by routine.  The challenge for many lies in blighting the family gathering to such a degree that it remains a painful and unshakable legacy for generations to come.  The unfortunately-named Azizolah “Boba” Yazdanpanah, of Grapevine Texas, found a way to do just that.

Heretofore, All The Dudes We've Known Named 'Boba' Have Been Hella Cool.

When Christmas morning found Yazdanpanah dressed in a Santa suit at the door of his estranged wife’s home, unsuspecting relatives welcomed him in the spirit of the holiday, no doubt suspecting that Yazdanpanah’s antics would amount to no more than his annual tradition of making a complete ass of himself in front of his beleaguered and long-suffering family.   A niece tweeted, ” We just got here and my uncle is here too. Dressed as Santa. Awesome.”  She added, ominously, “Now he wants to be all fatherly and win father of the year.”

If You're Gonna Do It, Do It Right. That's All We're Saying.

This proved a tragic misreading of Yazdanpanah’s intentions.  Rather than ‘father of the year,’ the deranged douchebag’s mad goals were to summon the demoniac specter of Christmastime abandon, and loose the blood-maddened yule-beast upon everything he had ever loved in a paroxysm of Bah-Humbug Scroogery.  A perfectionist until the last, Yazdanpanah had invested too much into his ghastly scheme to singlehandedly suck the joy from Christmas to compromise his mission with haste or sloppiness.  Yazdanpanah graciously joined his family in opening gifts and celebrating the birth of the Prince of Peace before slaying everyone present with a handgun he had stashed in his Santa suit. 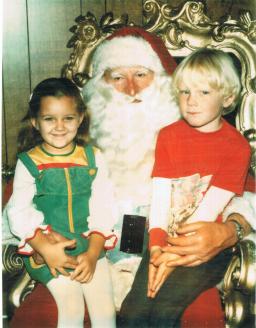 Sometimes Just A Little Extra Touch Is All It Takes To Ruin Christmas For Generations.

Clean that bad taste out of your mouth with this story of a more heroic Santa, who sadly, dies nonetheless.  ∞T.