I Don’t Normally Go For Broken Girls, But Heather Was A Special Kind Of Broken.

I met a girl named Heather once at a party many years ago, back when I was single.  High summer had come to Western Washington: long, pleasant days  finally ushered into night by an extended twilight. Barbecuing weather. The perfect day for a house party.

Heather was a friend of a friend, and she was lovely.  She was brainy and self-assured, funny in that easy way that wasn’t practiced, but was as much a natural component of her makeup as were her eyes, nose, lips or breasts. And she was cool, having mastered the delicate feat of managing to remain feminine while at the same time laughing at crude jokes and dropping the occasional F-Bomb.

I am not one of those guys for whom women go nuts at first sight. I guess I’ve been lucky in love, but all my serious relationships have been with women whom I’d known for a while before we started dating, ladies who were slow to recognize that they were already madly in love with me. Like arsenic, my appeal works stealthily over time, growing in secret until it overwhelms the system’s natural defenses, and the victim ultimately succumbs.  But this time, maybe, I got lucky–Heather seemed as into me as I was her–an assessment, I hasten to add, made before alcohol clouded my judgement, rendering all such judgments moot.

Some People Call Me The Rat-Killer Of Love.

We both made our individual rounds at the party, but it was never long before we’d find ourselves together again. Being tipsy only seemed to accentuate Heather’s wit and to embolden this already-bold girl. She was knocking the drinks back pretty fast, but so were a lot of people.

Heather grew increasingly hammered as the evening wore on. At 9:30 she was a funny drunk, flirtatious and playfully argumentative. But by the time 11:30 rolled around, she was a mess–an incoherent, apologetic, stumbling grotesquery. Where she had earlier been outgoing and vivacious, now she was quiet and uncertain, confused. Once, she slipped while descending a short, carpeted staircase, picking herself up at the bottom with a shaky little laugh that had nothing of mirth in it whatsoever.

Heather’s friends seemed to find this behavior funny, and when Heather shattered a beer bottle on the back patio a little after midnight, the ensuing beat of silence was followed closely by raucous laughter. “There goes Heather!” somebody said to more laughs.

I’m Afraid The Appeal Is Lost On Me.

“She’s like this every weekend,” my friend told me, explaining that, during the week, Heather worked a 9 to 5 job which helped to keep her behavior in check, but she really let loose on the weekends. She would spend her Friday and Saturday evenings bombed into incoherence.  She suffered through Saturday and Sunday afternoons semi-comatose on her couch, the curtains drawn against the sun’s rays, and against the pain and nausea they brought.

As people made their goodbyes and the party thinned out, the predators began to circle around Heather, drawn to the scent of compromised vulnerability which was coming off her in waves. She was almost the last girl at the party.

One of the vultures, a guy I knew by face, was particularly determined. He’d moved into Heather’s orbit in the hour before the party wound down, halfheartedly attempting clumsy conversational overtures that often as not degenerated into innuendo, all the while moving steadily closer to Heather, his intentions naked on his face. Finally, he was behind her, rubbing her shoulders and murmuring banalities in her ear. He was nervous and twitchy; he smiled too much and he smiled wrong, as if worried some other predator might steal “his” kill out from under him.

True Story: I Ran Into The Creepy Guy Again A Few Years Later. He Tried To Get Me To Invest In A Multi-Level Marketing Scheme.

Abruptly, Heather turned to me and said, “Take me home.” Her face was plaintive; her eyes huge and terrified.

The creep’s fingers froze and slowly retracted from their perch on either side of Heather’s neck. His face wore a look of thwarted, impotent shock that made it clear he had misunderstood what Heather wanted of me.  She wasn’t asking me to take her home so that I could have sex with her; she just wanted to go home.

Even with her diminished capacity, Heather must have been aware to some degree of the risks involved in placing her safety in the hands of a man she’d only that day met, and how quickly that situation could spiral beyond her control. Apparently, she thought her chances alone in a car with me were better than if she stayed here with her friends, enjoying the attentions of the creep. I flatter myself that Heather chose the way she did because the spark between us I had imagined earlier in the evening when we were both sober had been very real, and that the events of that years-ago evening are properly filed among life’s many great “if only” moments.

In the end, the thing that I’d wanted more than anything just six or seven hours earlier came to pass–I got to take Heather home.  She gave me her phone number before she got out of the car, and said I should call her some time. I told her I would, wishing I could stop the lie even as it came tumbling from my lips. 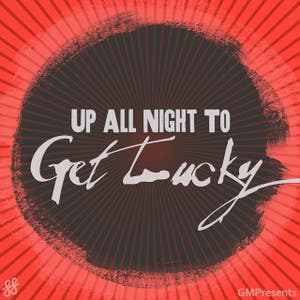 24 thoughts on “The Saddest Girl I Ever Knew”