Look, We Tried, But She Refused To Take It Seriously. She Kept Wanting To Play Charades.

9 Reasons Why Being a Mom Qualifies You to Work in a Brothel ~ Well, obviously, you’re no stranger to cock. Let’s just get that one out of the way right now.

Egyptian President Morsi Rejects Previous Limits on Presidential Power ~ And if the rule of Hosni Mubarak taught us anything, it’s that those limits weren’t all that stringent to begin with.

‎A Worksheet for Math-Phobic Parents ~ Don’t worry–it can be filled out in crayon. Just make your X when you’re through.

Elementary School Beauty Pageant Canceled Over Controversial Flyer Sent Home With Students ~ It was because of the flyer, though? And not ’cause it was a shitty idea to start out with?

Because Sexualizing Children Boosts Their Self-Esteem!

Apple cider prices on the rise ~ Golly! Whatever shall we serve our guests at this year’s Autumn Cotillion?

Gloria Allred — Barack Obama Says I’m One of the BEST Lawyers in America ~ Listen, Gloria–the man didn’t get to be president by telling people things they DIDN’T want to hear.

Neb. wildfires grow with help of strong winds ~ They burned clear through to St. Louis before anyone noticed.

Paul Ryan speech emphasizes ‘there’s no going back’ if Obama wins ~ Okay, normally we’re skeptical regarding allegations of covert racism, but EVERYBODY knows that ‘no going back’ means ‘black.’

Keeping It Clean at Burning Man ~ No easy task with all those filthy hippies running around.

With No Running Water, Improper Sanitation And Those People, It’s A Safe Bet Everything Smells A Little Bit Like Baked Crotch.

How to Stop Hospitals From Killing Us ~ We’ve gotta go with the Bush Doctrine: Kill them before they have a chance to kill us.

Remember Afghanistan? ~ It might be a little easier to forget if we weren’t still there.

Joy Behar: Honey Boo Boo will ‘grow up to be a big fat woman’ ~ Holy cow, Nostradamus! Yours is a very rare and precious gift–use it wisely.

Here’s Why Justin Bieber Likes to Prank People All the Time ~ ‘Cause he’s a little douche.

Cancer death rates predicted to drop 17% by 2030 ~ Suh-Wheet! That’s just about the time we’ll find ourselves in the “Red Zone.”

Wait–Isn’t She The One Who Likes To Get Peed On? Shit. We Just Hope The Baby’s Mammalian.

Infants Left Home Alone Are Fine But Their Mom & Aunt Feared Dead ~ Well, we can guarantee that Mom & Aunt Patty have abandoned their last child.

T.I. Helps Save ‘Creed’ Frontman’s Life ~ Well, why the hell did he do a thing like that?

Mow Yard. Drop Off Kids. Take a Drive on Mars. ~ Check in at a reputable mental health facility.

Why is the Arab world so easily offended? ~ The reasons are multifaceted and heavily nuanced, but we can assure you that it’s not because they’re whiny little bitches.

No, We Said It WASN’T Because Of That!

Has Obama made the planet greener? Al Gore says ‘no’ ~ You must first understand, however, that anybody who actually gets to be president makes Al Gore pretty green.

Newborn giant panda cub dies at the National Zoo ~ Can war with China be far behind?

LA to consider multi-use library cards for illegal immigrants ~ Sure, why not?–it seems kinda pointless to deny them anything at this stage in the game. Well, we might as well tell them where we keep the good liquor.

Rihanna’s ‘Diamonds’ Single Art Will Make You Feel Insecure About Your Weed ~ Well, fuck her then!

5 Signs You Already Have Early Stage Alzheimer’s ~ Because Taft was simply a better president, damn it!

“No, If You Say You’re My Son, I Believe You. It’s Just That I Figured You’d Be Better Looking.”

Black As Midnight And Sweet As The Devil.

Today, the following clip from the classic movie Airplane! would be considered too offensive for modern theater audiences.  A generation ago, before taking offense became a national trait, major motion pictures were replete with such examples of inappropriate humor.  Extremely sensitive viewers may wish to skip the clip altogether.

What is damning about this clip, of course, is the young lady’s rather shocking contempt for artificial sweeteners, and her emphatically expressed preference for unadulterated coffee.  Younger readers might be surprised by prejudice, not old enough to remember the days when artificial sweeteners were looked upon not just as something unusual added to coffee, but an as affront against God Almighty Himself.

Thankfully, today we live in a world where an individual can drink his coffee however he pleases, free from the judgements of small-minded individuals.  Modern coffee culture is an accepting and all-inclusive one, with coffee aficionados united not only by a love of the hot, bitter beverage, but also by a hatred of the homos who drink herbal teas.

Quick--Somebody Say Something Before It Gets Awkward. 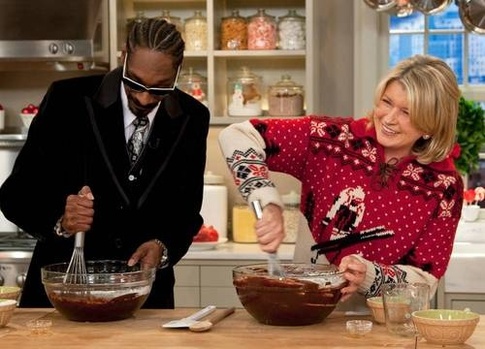