Promethean Times has long been regarded as the last of the truth-tellers, a lonely voice in the wilderness trumpeting to all who will hear it the nefarious doings of the Cannabis Mafia, as well as its dangerous and irresponsible dream of universal stonerdom.

Shockingly, new data indicate that these media-savvy burnouts have advanced their shadowy agenda further than even the most strident critics had believed possible.

Sleeper operatives within the LA Daily organization have planted a news story designed take the edge off America’s very-justified fears about doobie-digging drivers.  This story, which relies upon a supposed “study” indicating that marijuana has a far-less pronounced effect on driving ability than previously believed, may lead America’s children into believing that stoned driving is “groovy.” 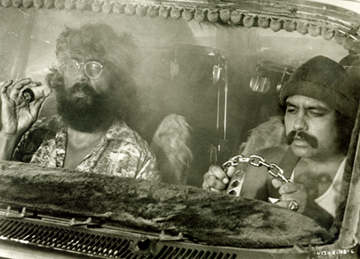 Promethean Times would like to remind you that driving under the influence of the demon weed is not a “gasser,” “hoot” or  “trip;” it is illegal.

No Thanks, Hemp-Head–I’m Catching A Ride With Kiefer Sutherland: Driving Under The Influence Of Marijuana Not Such A Bad Thing – Los Angeles News – LA Daily.