It’s hard to believe that the world has changed so much in just a year.  For at least a generation, raves represented one of the last bastions of good, clean, American fun.  But now things are changing: the unwelcome shadow of drugs is increasingly encroaching upon the outer edges of the scene.

These Drug-Free Kids Prove The Old Raver Adage: You Can Be Dippy Without Being Trippy.

When Promethean Times first reported on this phenomenon, we dismissed these early warnings as the work of one or two bad apples.  Nor were we alone in underestimating the threat posed by illicit chemicals.  Promethean Times still holds that drugs are not necessary to enjoy an air-raid siren set to a metronomic beat, and that the shared joy of grinding sexlessly against the nearest sweaty, stinking body is in no way enhanced by chemicals.  We believe that a twenty-eight year old dressed up as the Lorax can be kooky and fun, and not just a wincingly pitiable product of drug-attenuated tastes.  But are these long-cherished values still embraced by today’s young ravers? 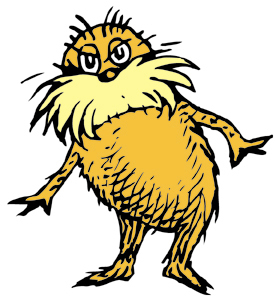 "I'm Not The Lorax, Dammit! I'm Wilford Brimley, And Your Diabetes Is Out Of Control!"

There are troubling indications that these wholesome traditions are breaking down.  In Los Angeles, 80 people were arrested and several hospitalized at yet another rave.  Most of the arrests and hospitalizations were the result of drug use.

Fact: Gathering Massive Numbers Of Germans In One Place For Any Reason Means Someone's Going To Die.

The use of “Love” in the name of the gathering points to a disturbing new trend, where young people hold orgiastic celebrations in honor of the positive emotion.   Americans should count themselves lucky with the casualties they did receive–in the German Love Parade 21 people were crushed to death in a stampede of unbridled affection.

Your Mother Must Be Very Proud.

6 thoughts on “Raves Are Best Enjoyed Without Drugs Or Love”