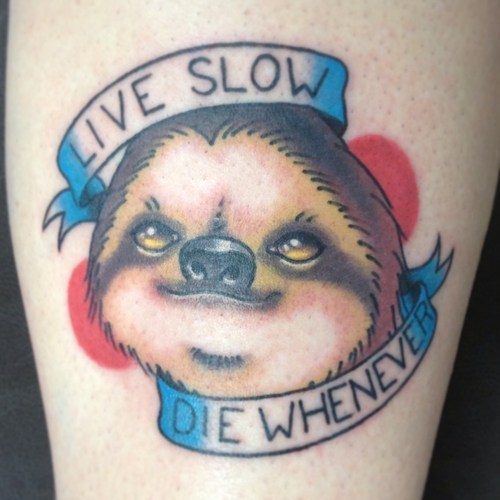 Much Like A Tramp-Stamp Which Reads “WHORE,” This Is A Great Example Of Truth In Advertising.

In which we comment on the day’s headlines without first bothering to read the articles.

Iraq religious leaders send out the ‘fashion police’ to stop people … ~ So they really have those? We thought that was just something that people said.

In Vt., long-dead mental patients inspire crusade ~ A crusade to put those undead abominations back in their graves where they belong.

The road ahead for amputees ~ Needs to be very level. Seriously–more ramps, fewer steps.

Powerball at $500 million: What to do if you win ~ Don’t tell your loser relatives, that’s for damn sure.

Cynthia Cooper-Dyke expects big things for USC women’s basketball ~ Hey! Just because she’s a female head basketball coach doesn’t mean we should rush to judgement. Until we know more, let’s give Cynthia Cooper the benefit of the doubt.

10 purr-fect vacations for cat lovers ~ So you’ll be travelling alone then?

All That Pussy And No One To Share It With.

Harry Styles Shows Off Bonus Nipples ~ His mother was a Shi Tzu.

Man with bionic leg to climb Chicago skyscraper ~ He should just leap over it. Get it? ‘Cause he has a bionic leg! Okay, we probably should have saved that one for ‘the duds.’

Hitchhiker saves the day with hatchet ~ Which is why we make it a point ONLY to pick up hitchhikers who openly display their hatchets.

10 Surprising Ways to Avoid Nursing Home Care ~ Number one is to croak in a timely fashion.

An All-Asian Version of ‘Hello, Dolly!’ ~ Oh come on! You pick a play whose title JUST HAPPENS TO BE the two English words which sound funniest when spoken with an Asian accent, and you expect us to believe that’s just a coincidence?

Dear Melissa King, I wish you the best ~ Have you noticed that when people say that they almost never seem to mean it?

Muslim Man In France Seeks To Open Mosque For Gays ~ IT’S A TRAP!!!!

Eight Bad Brushing Habits That Harm Your Teeth ~ #4 All brushes are not the same. Please put that back in the caddy next to the crapper.

The Chosen Few: A New Explanation of Jewish Success ~ The Almighty plays favorites. What are you gonna do?

It’s Been An Open Secret For Years.

FBI shares last thoughts of a murder addict ~ KILL! KILL! KILL FOR THE LOVE OF KILLING!

10 Tips for Keeping a House Clean Despite ADHD ~ You mean keeping MOM’s house clean. You don’t own your own home, spazwit.

4 female war veterans sue US military over policy against women in combat~ “We long for a day in which perhaps not all of us would be alive to sue you.”

Wussification of our young men is finally complete ~ That you were afraid to write ‘pussification’ validates your thesis.

16 Songs Everyone Over 50 Must Own ~ Chopin’s Funeral March is an obvious choice.

Pope tweets about his favorite Christmas tradition ~ Snorting big rails of coke off a hooker’s ass.

SEE? Only MOST Of What We Have To Say Is Pure Bullshit.

Damascus shelled hours before scheduled truce ~ Yeah, surprisingly, experts contend that most of the bloodshed during a war occurs BEFORE a truce. It often drops off precipitously afterward.

Children in sect had never seen sunlight ~ ‘Sect’ is a Seattle neighborhood.

UN report proposes moratorium on killer robots ~ Well, that’s what we’ve come to expect from the United Nations. Decisive actions on the issues that matter.

But If You Must Smoke ‘Em, It’s Healthiest To Use A Vaporizer.

35 thoughts on “Headlines: Why Not Miss Saigon?”