Seriously, Where Can You Go To Meet Nice Girls Nowadays?

No one will argue that attempting to sexually assault an unconscious woman on a city sidewalk in broad daylight is not only breathtakingly callous, but utterly moronic as well.  Yet apparently, that’s just what one man did.

"Were I To Do It All Again, I Imagine I Would Take Better Care To Ascertain That The Victim Was Truly Dead Before Deciding To Embark Upon A Course Of Molestation."

But what separates 48-year-old ne’er-do-well Melvin L Jackson of Kansas City, Mo, from the rank-and-file masher is the novel excuse he provided to the authorities upon being caught in the act.  The reason for his heinous shenanigans, Jackson assured the police, was because he assumed the helpless woman was dead, adding that sexually assaulting an unconscious woman was “simply disgusting.”

"Hey Girl--You're Kinda Quiet. That's Okay, I Don't Like Talking All That Much." 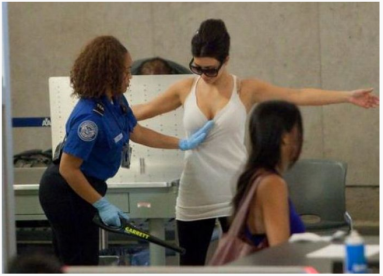 Ridiculously Low Pay And The Opportunity To Surreptitiously Grope Strangers Is A Surefire Way To Attract The Best And Brightest.

Given the several recent high-profile blunders by employees of the Transportation Security Administration, their already low standing in the community has plummeted even further, dropping their societal acceptance ratings below even sweaty, giggling child molesters, long regarded as society’s bottom-feeders.  TSA employees can take a dubious comfort in knowing that although they are the most reviled and lowest-paid drones in all of the transportation industry, excluding perhaps Bombay rickshaw-wallahs, the TSA is at least as well-regarded as are the screaming jackals of the Westboro Baptist Church.

"I Don't Care Much For The TSA, Myself."

Feel That The Total Lack Of Privacy And Myriad Degradations Of TSA Checkpoints Just Aren't Worth It.

"Hey,--Don't Lump Us In With Those Assholes!"