The black and kitten skull-encrusted heart of crazy bitch Anne Heche is still beating.  The untalented shrew is best remembered for her lackluster portrayal of a lesbian in 1997-2000’s The Regrettable Saga of The Likeable but Pathetically Deluded Ellen DeGeneres and the Bloated Tapeworm Living In Her Belly.

Nutty Broad Anne Celeste Heche, 1969-?:"My Flaccid Career Could Sure Use A Boost. I Wonder Why Ellen Won't Return My Calls?"

Unlike the nasty parasite whose career she supported for almost three years, Ellen hasn’t fared too poorly.  She may have lost her spot on the cultural and intellectual nadir American Idol, but she not only convinced the former Portia de Rossi to marry her, but also to take her name.  Ellen’s the man.

Ms. Portia DeGeneres: Just so you’re aware–When viewed in a certain light, Smaktakula vaguely resembles Ellen DeGeneres, only taller and much, much funnier.

In the tradition of such illustrious space-wasters as Brian “Kato” Kaelin and Kevin “K-Fed” Federline, unctuous pimp Michael Lohan has managed to keep food in his belly by crafting a persona famous for being semi-famous.  Lohan, no doubt a subscriber to the maxim, “All Roads Lead To Branson,” evinces no embarrassment that his appropriated “career” is supported only by clinging pathetically to his out-of-control offspring with all the tenacity and class of a Calcutta fare-dodger.

Lohan: Not A Homosexual, But A Massive Gaywad Nonetheless.

With Lohan’s bottom bitch in rehab following a short stint in jail, the talentless remora’s earning power has been drastically curtailed.  Typically, a cockroach will exhaust all means of escape when caught by surprise on a brightly lit kitchen floor. Periplaneta lohanis, a rare but particularly unpleasant sub-species, displays a markedly perverse tendency to do the opposite.  Rather than flee, Lohan is attracted to anything bright and shiny, scurrying from spotlight to spotlight in a desperate effort to wring every last drop from his fifteen minutes of unearned notoriety.

In a recent interview Lohan gushed, “I definitely blame myself and take responsibility for where my daughter is.”  It is extremely unlikely that Lohan would be so quick to take responsibility for his daughter’s actions if doing so carried with it any consequences.  However, since soul-searching self-recrimination costs Lohan nothing, and is unlikely to deprive him of his freedom, he can use it as a sop to the five or six people who have somehow managed to convince themselves that this leering cretin has in any way his daughter’s interests at heart.

Bonding With The Progeny: Bitch Better Have My Money.

It is certainly true that Lohan, abetted by his despicable ex-wife Dina, was a thoroughly shitty parent, and Promethean Times would like nothing better than to assign to Lohan the blame not only for the ruination of his own daughter, but also for such varied disasters as the kidnapping of the Lindbergh Baby, the Challenger Explosion, and greenlighting  New Coke.

Moreover, you can bet that no one holds Michael Lohan more responsible for the former starlet’s wretched condition than does his daughter, who has demonstrated a nearly sociopathic refusal to accept responsibility for her actions.  Nonetheless, it must generally be agreed that at some point a 24-year old woman is responsible for her own disastrous choices. With only two or three years at most left to live, Lindsay would be well-served to spend her remaining days judiciously.  Although such an outcome is unlikely, the younger Lohan can be thankful at least that her father cannot live her life for her. 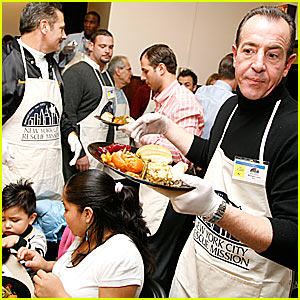 Reminiscent Of Kapra's 'It's A Wonderful Life,' Lindsay Is Given The Opportunity To See What Her Father's Life Would Be Like If She Had Never Been Born.

Despite his staggering lack of either merit or talent, Michael Lohan stands head and shoulders above the teeming legions of Hollywood hangers-on.  It’s no feat to be hated by your ex-wife, and neither does the animosity directed at Lohan by his own offspring set him apart from rank-and-file deadbeats throughout the world.  Rather, it  is his perverse compulsion to share with the world through the miracle of the 24-hour news cycle his complete and utter failure as a father, husband and human being that catapults Michael Lohan into stratospheric company among the world’s elite paragons of cretinous douchebaggery.