Tommy Won't Be Flying Any Time Soon. Not In An Airplane, We Mean.

The TSA’s  invasive new search procedure has yet to detect any foreign terrorists, and has ignited the passions of an already-frustrated air traveling public following a videotaped encounter between TSA officials and John Tyner.  Tyner, whose junk was apparently so sensitive that he took great pains to prevent the TSA from coming in contact with it, posted the encounter on the internet where it went viral.  The TSA has been scrambling to downplay the incident and defuse tensions.  But amid the maelstrom of explanation and recrimination, one happy piece of news is going unheard.

As A Pilot, This Gentleman Is Exempt From The Pat Down. Fo Shizzle.

Your next flight will likely be free of cannabis users.  Data suggest that because of the TSA’s strict new policy, most stoners–America’s home-grown menace, are electing not to fly.  In some very rare instances, a few burnouts are attempting to fly without bringing weed to their destination.

Having previously stripped air-travelling potheads of such reliable hiding places as shoes, toiletries, and false-bottomed beverage containers, the TSA’s new requirements take it up a notch.  By paying such meticulous attention the air-traveling public’s groinage, the TSA has effectively removed the last* method stoners have for bringing weed with them to their sundry destinations. 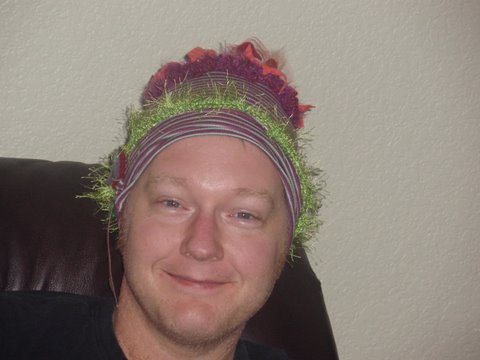 He Will Strike Without Warning Or Pity.

“I don’t think there’s any question that the flying public is safer without marijuana users on airplanes,” said an unnamed TSA official, “Can you imagine what would happen if one of those potheads began to eat another passenger?  That doesn’t sound too groovy to me.”

But marijuana activists disagree.  “Lame,” says Jeremy, a 21 year-old student.  “It’s fascist,” adds fellow student, 22 year-old Gooch, “The people aren’t going to stand for it.  I’m writing a letter to my congressman.  Or I will.  Right now Flight of the Conchords is on, so . . . you know.”

Those burnouts brave enough to travel without Mary Jane are most likely counting on a hookup in their destination city.  Invariably, despite the best policing and preventative measures, a few of these bleary-eyed beatniks will have friends or relatives to arrange a hookup upon their arrival, or possibly kick them down a few nugs.  But the vast majority will reach their destination and be unable to find cheeba in an unfamilliar city.  They will have a really shitty time.

Perhaps then drug abusers will finally get the message. Marijuana ruins lives.

"When A Man Can't Just Crotch A Quarter Sack And Catch His Flight . . . Well, This Ain't The America I Know."

* There is another way, but it’s strictly for the hardcore.