Charles Manson: Believes He Has Been Unfairly Depicted As Some Kind Of Lunatic.

Corcoran State Prison, California:  Messianic fantasist Charles Manson is said to be upset with website Promethean Times over some material which appeared on the site.  On August 17th, Promethean Times published an article entitled Helpful Hints For Everyday Life: Family Matters, in which Manson was depicted as interpreting a message from the Beatles to mean that one of his followers, or “Family,” should prepare a sandwich for the deranged cult leader.

People talk about Charlie Manson all the time.  They love to talk, talk, talk–and this dude with the ridiculous name ain’t no different.  But let Uncle Charlie share some wisdom with you and clear some things right up:  Charlie is like a dark sun, and his light shines on you, Baby!

Man, it don’t matter how safe you think you are ’cause Charlie’s in here and you’re out there, but already my people walk among you, Piggies.

Smaktakula is dead!  He’s dead and doesn’t even know it yet, man!  He was dead yesterday.  He was dead before his parents met–before time began.

The people got to learn–they got to learn what happens when you tell lies about Charlie Manson.

Okay, in the first place, Charlie doesn’t even like the Beatles.  Man, I don’t know how many times . . .

This is the second instance in which Promethean Times and the Manson Family have crossed paths.  The first, an insipid joke juxtaposing Manson Family victim Abigail Folger with Tiger Woods’ former girlfriend Irene Folstrom, is considered something of a nonincident.  The vast majority of Promethean Times readers either missed the joke or didn’t get it.  The 5 readers who got it were in complete accord, finding it hugely unfunny. 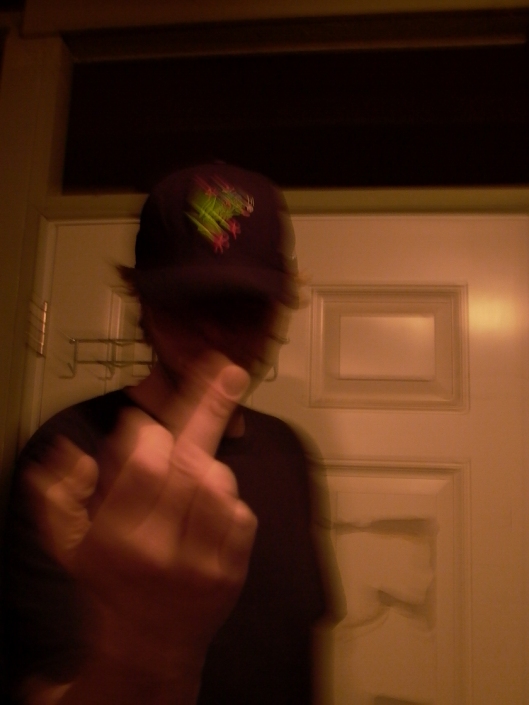 We Suggest Charlie Carve This Into His Forehead.

From his the security of his vast and well-appointed estate somewhere in North America, Smaktakula said:

We were notified of Mr. Manson’s threats earlier this afternoon by officials at Corcoran.  Smaktakula and the Promethean Times’ staff want to let our readers know that we refused to dignify the spittle-flecked ravings of a sun-starved old man whose formerly shocking excesses have been rendered prosaic by the increasing horrors of the ensuing four decades.

These threats are more pathetic than frightening.  Mr. Manson’s ominous tales about the legions of fanatical acolytes waiting on the master’s word to rise up and begin the great killing are somewhat dubious, when after forty years he still he can’t spell ‘Helter Skelter’ correctly.  That’s right Charlie–it’s got no A in it.  The excess was no doubt due to you already being a complete A-Hole.