Much Like Oz Or Atlantis, This Mythical Land Has Inspired The Imagination For Over 50 Years.

In recent months, international news has been replete with stories about Sri Lanka, from the hot and cold civil war between the government and the Tamil Tigers which ravished the tiny nation from 1983 to 2009, to the uneasy peace with exists today.  Thought not a cause célèbre like Tibet or Haiti, Sri Lanka is a region of concern for geopolitical strategists.  A simple internet search for Sri Lanka reveals thousands upon thousands of hits.  But does such a country even exist?

Cartographers say it does.  And on nothing more than the word of these men and women, millions of maps are made to their specifications.  Promethean Times questions the wisdom of placing so much power in the hands of such a small cadre.  It doesn’t take a genius to see that one or two corrupt cartographers could easily introduce a fake country to the world and elude discovery for years or even decades. 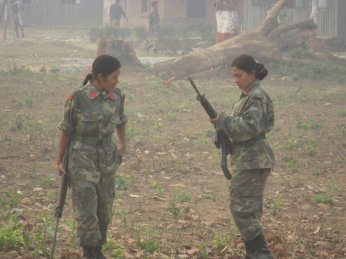 Ask yourself these questions:

All three questions are easy enough to answer: Of course not!  Beginning to see the picture?  The folks at Rand McNally hope you don’t.

Promethean Times tracked down a man living in Southern California who claims to be from Sri Lanka.  “YS,” as we’ll call him (YS’s name has been withheld not to protect his anonymity, but to spare us the trouble of writing the 341 characters required for the task), agreed to a telephone interview with Promethean Times:

PT: And your contention is that Sri Lanka exists?

YS: (Laughs) Well, of course it exists.  I was born there.

PT:  Hmm.  Yes, you told us that.  What would you say if we told you we’d acquired a copy of your birth certificate?

YS:  You have my birth certificate?  That seems strange and unnecessary.  Why would you–

PT: (Interrupting) And do you know what it says under ‘Country of Birth?’

YS: (Continuing) . . . just find it really odd that you would do that.  I thought this was supposed–

PT: Do you know what it says?  You must since it’s your birth certificate.  Do you want to know?

YS: What the hell is wrong with you, anyw–

PT: Mr. S, you keep adding to your story.  First you were born in Sri Lanka, next you’re saying, ‘Oops, my mistake–I wasn’t born in Sri Lanka after all.  It was a magical land called Cylon.’

PT: And then Cylon and Sri Lanka are suddenly the same thing!  (Laughs) Frankly, Mr. S–Having repeatedly shown yourself averse to the truth, why should we believe anything you say?

YS: I don’t really care what you thi–

PT: (Interrupting) And what do you say to those critics who contend that people from ‘Sri Lanka’ are just Indians with darker tans?

Why do ‘Sri Lankans’ get so defensive when asked if theirs is a real country?  Perhaps because it’s not?  Until we’re prepared to ask the hard questions of the cartography lobby, we may never know the answer.

How Do We Know That Some Of These Other Wacky ‘Countries’–Burkina Faso, Djibouti, Austria–Even Exist?

Dedicated with much affection to a very tolerant Tamil.