"Hope To Die, Jimmy. Now Let's Hear It. I've Got Speaking Engagements To Get To."

"I Was Just Thinkin' That If Obama Ends Up Being A One-Termer--Which I Do Not For A Moment Hope--But If He Does, I Wonder If I Could Be The Second-Best Democrat In The Last Fifty Years?"

"That's A Good Question, Jimmy--An Important Question. But I'll Tell You Somethin', Buddy--There's Only One Person Who Can Answer That Question . . ."

"And That Person Is You."

"You Really Think So?"

"Oh, Hell Yeah, Jimmy! I Mean, If I Wanted To Know Anything About Being Number 2, I'd Ask Jimmy Carter. Don't Know Much About It Myself." 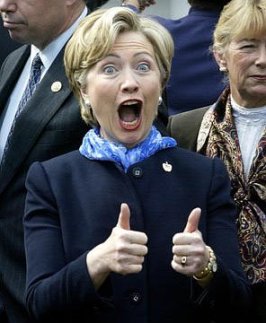 Smart Move In Locking That One Down, Josh.

Through no fault of our own, an insipid bit of pop culture minutiae has bored its way into our brain like those nasty little brain-eating creatures in Star Trek II: The Wrath of Khan.  Recently, Promethean Times became aware of the existence of actor Josh Duhamel after the actor made the news for his boorish behavior. The hitherto-unknown-to-us actor is alleged to have delayed  a La Guardia flight bound for Kentucky when he had to be removed after churlishly refusing an attendant’s several requests to shut down his Blackberry prior to takeoff.

Pop Culture Enters Your Brain In Much The Same Way.

We inadvertently stumbled across this story while looking for actual news, and since the headline didn’t indicate who the actor was, we were duped into thinking it might have been someone of note.  We could not have foreseen that not only would our assessment be incorrect, but that we would be subjected to the forced absorption of useless and meritless trivia.  We were no worse off for our previous ignorance of Duhamel, and are certainly no richer now for the knowledge.

Yeah, That's Kinda How We Feel, Too. We Were Fine Not Knowing You Existed.

We learned that Duhamel–whom we have trouble not thinking of as ‘Douche Juhamel,’–is married to Fergie, by whom we mean Stacy Ferguson, lead skank of Hip-Hop juggernauts The Black Eyed Peas, and not Duchess of York Sarah Ferguson, ex-British Royal turned Weight Watchers spokesperson turned embarrassing would-be access peddler.  Moreover, we were treated to the information that the soulful slattern likes her men well-hung, and that Duhamel is deserving of inclusion among that select group.

Fergie Is REALLY Into Meat-Missiles. And There's Nothing Wrong With That.

There is such a thing as too much knowledge, especially if that knowledge is inconsequential.  Most upsetting is the idea that in becoming aware of Duhamel, we may have forgotten something which really mattered.

There is a certain fear which keeps us awake in the cold dark hours before dawn.  We dread that someday, when we are one correct Jeopardy! answer away from the championship, and Alex Trebek says, “This volatile television star was born Charles Estevez, but once had a movie career, starring in such films as Wall Street and Hot Shots,” we’ll answer, “Who is Josh Duhamel?”

Don't Judge. It's Just That A Man Grows Weary Of Fergie After A While.

It is our hope, then, that some of you reading this may also have been hitherto unaware of Douche Juhamel’s existence.  We are pleased to share with you in this small, intimate way our pain.