You Wouldn't Sport A Swastika In A Synagogue, Would You?

Chavez Ravine: Yesterday, an unidentified man was given an impromptu lesson in sensitivity after parading around Dodger Stadium in offensive clothing.  In what can only be viewed as a hate-statement, the gentleman is alleged to have been conspicuously displaying articles of clothing bearing the logo of the San Francisco Giants.  Such apparel is not only considered deeply offensive to fans of the Los Angeles Dodgers, but also ritually unclean.

What the man hoped to achieve with this bizarre and provocative act is unclear, but it did attract attention.  Things came to a head when two Dodger fans, possibly attempting to protect their womenfolk from the offensive barrage, found their tormentor and two companions drinking chardonnay spritzers, each politely arguing his own case as the best steward of the environment.

The man’s two fair-weather friends are also thought to be San Francisco Giants fans due to the rapidity with which they fled the scene, leaving their companion to his own just desserts.  He was roundly beaten.

“I don’t know what else this man–we’ll call him Bruce Smith-Smythe–expected,” says Dr. Emil Haagerdäddi, a baseball statipscychologist, “This was an unconscionable act that demonstrates how easily Freedom of Speech can be abused.  Much like Koran-burning and the understandable mayhem it incites, this incident teaches us that there are limits to freedom.”

"Be Not Afraid Of The Enemy, My Son. Should He Strike You Down, Your Heavenly Reward Will Be 72 Alyssa Milanos."

Haagerdäddi claims that ‘Smith-Smythe’ never had a chance.  “Although Giants fans have on average a twenty-point advantage in IQ relative to Dodger fans, and tend to make a whole lot more money, it’s just tough for them to get past that nagging ‘pussy’ factor.”

Whether or not he intended it, the provocative pantywaist was shown the pain words can inflict.  There are some who will say that the bigot got off lightly, and there is validity in this contention.  But if even one Giant fan learns from this incident and is able to conquer his hate, then perhaps it will have been worth it. 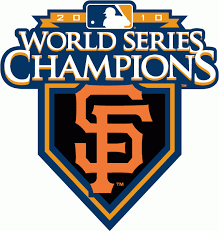 That Is So Last Year.