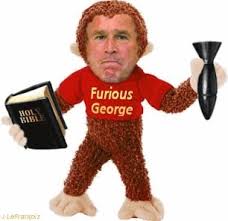 Raul: Nicer Than Fidel, And Much Better-Groomed.

Since assuming the presidency of Cuba in 2006 (officially gaining the office in 2008), Raul Castro has imbued the 52-year-old Castro Regime with a much-needed air of youth and liberality  The younger Castro has implemented some modest economic reforms, as well as investigated lifting travel restrictions for citizens of the crumbling, island backwater.  On Saturday, Castro shocked the world by lamenting the dearth of young leadership in Cuba, and proposing term limits for all Cuban politicians, including himself.

While this was welcome news around most of the world, with leaders effusive in their praise for the incipiently octogenary dictator, not quite everyone is so sanguine about Castro’s motives.  Some attribute Castro’s motives to dark machinations, seeing behind Raul’s actions the palsied and liver-spotted hand of his older brother.