Live By The Sword . . . There's More, We Think, But That's All We Recall At The Moment.

Ryan Dunn, of Jackass fame, was killed early Monday morning when his Porsche collided with a tree in suburban Philadelphia.  A passenger in Dunn’s vehicle was also killed in the crash, but details on the person’s identity have been slow in coming, presumably because he or she was not a celebrity and therefore suffered a non-newsworthy death.

The 34-year-old star of MTV’s Jackass was best known for ridiculous and dangerous stunts, the kind which are most often accompanied by boldfaced warnings not to try this at home.  Although initial police reports indicate that the actor may have been travelling at excessive speed, those close to the reality star contend that such irresponsible and potentially life-threatening behavior would be completely out of character for Dunn. 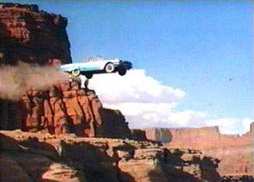 9 thoughts on “World Stunned By Death Of ‘Jackass’ Jackass”