We understand. Your lust for easy credit, malt liquor and Scratch ‘Em tickets has left you and your family in a not-inconsiderable financial bind. Naturally, your first inclination is to recoup the money by selling some of your property. However, what do you do when your home is on its third of fourth mortgage, your car is worthless and no one else seems to see the value in your Many Faces of Bob Saget collectors plates?

We Wouldn't Sell You If We Could.

Why, sell Grandma’s place of course! The place is too big for her now, and anyway, when you were a kid, she said something about maybe leaving you part of the house someday, so you’re just being financially prudent by realizing your investment before the housing market takes a further tumble. Grandma will no doubt enjoy being able to tell all the other inmates in her new, state-funded institution how her darling grandchild is a financial whiz. Everybody wins!

When We Moved Grandma Into Shady Acres, We Told Her We Were Going To The Circus. Grandma Got A Big Kick Out Of That.

Mouth-Breathing Ignoramuses Worldwide Ask, "Why There Not More TV Shows For I?"

It’s no secret that television gets a bad rap.  Labelled ‘A Vast Wasteland’ within years of its invention, TV hasn’t been given much of a chance.  And much like a person awoken from sleep by a phone call, people will go to ridiculous lengths to refuse to admit that they watch TV.

"If Maybelle Don't Get To Watch Her Stories, She Starts Thinkin' 'Bout Things. I Need That Like I Need Another Hole In My Head."

Most of these people are lying.  The ever-expanding menu of specialized channels, internet-to-television streaming along with piles upon piles of data suggest that people are watching the small screen more than ever.  As counterintuitive as it might seem, the device often referred to as the “idiot box” may actually be helping to improve lives around the globe.

A tremendous variety of educational programming is available for viewers, plus scads of infotainment shows on cooking, wildlife, home decor, ghostbusting and the like.  Thanks to shows like Sesame Street, television helps to prepare youngsters for school.  Perhaps most surprising are studies from India which show a correlation between the availability of cable television and an increase in the living standard of women.

So if TV isn’t the mindless entertainment we’ve always believed it to be, what does this mean for the world’s slackjawed halfwits, who see the demise of Two and a half Men as the end of an era, drowning their fears with a glut of Benny Hill reruns?  Have no fear, television has not forgotten its sub-moronic roots: for the discriminating lackwit, there are a plethora of shitty shows like Deal or No Deal and the odious America’s Funniest Home Videos.

We'd Think A Guy With Two Of The All-Time Shittiest TV Shows Under His Belt AND Whose Name Rhymes With . . .'Baguette' . . . Would Be A Little Funnier.

Let’s take a moment to thank these uncreative men and women who bring us intellectually challenged programing.  With everyone pandering to America’s elite, it’s nice to see someone’s still looking out for the drooling moron who can’t get off the couch.

Thanks To The Dumbing Down Of America, Foreigners Aren't Just Taking Our Jobs--They're Also Taking Our Spot On Jeopardy! 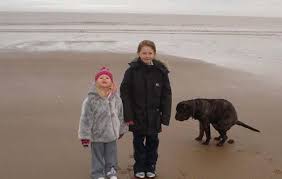