everybody needs to get his heart broken at least once, girls, heartbreak, joy, ladies, love, mistakes, women

You Were All Pretty Awesome. Thanks.

The Crush: It wasn’t love, but it was something like it; a one-sided stage rehearsal for the real thing. I ached for you; you know that now. It made me laugh a little to find out years later it would have been mine for the taking, if only I’d mustered the courage to ask. You taught me, belatedly, to take a chance on great things.

The Choir Girl: I’m sorry for how I was–not bad, but not good, either. You deserved better and you found it. I could have learned a lot from you if I’d been willing to listen.

The English Department Darling: Just about the time I thought maybe I could love you it was over. You broke up with me for a reason neither of us really understood, launching a misguided comeback attempt a few months later when it was already too late. All these years later, and you’re still alone. You taught me that life is too short for games.

The Freshman: You were special, and I didn’t take the time to see that. About the only thing I can say in my defense is that I didn’t set out to break your heart. I can’t change what I did, but I can bring my boys up to hopefully be better men than their father. You taught me to be less capricious with my affections, and I’m sorry the lesson was so hard-learned.

The First Love: I’d known lots of girls before you, but I’d never loved them.  I still feel warm when I think of you. You taught me to love hard and to love without reservation. You taught me that some mistakes are forever.

The Accountant: Such a straight-arrow. Laces tied and corners trimmed. Still, you gave me freedom; your only rule for me was “Don’t be high around my parents,” and I never was–they were very kind to me. It didn’t work out, but we’re still friends, and you were so very good for me. You taught me what it was to be an adult.

The Playwright: A first-class muse and a beast in the sack, you taught me to trust myself as a writer and how a lot of hustle can make a little talent go a very long way. I couldn’t make you happy, though, and you taught me that I need a girl who is happy on her own. You’re married now and have a child. I hope you’re happy; I really do.

My Wife: The best of the bunch, and the true beneficiary of all those lessons I learned along the way. I met you when I was seventeen years old, before any of the others. All these years later, you’re still here. My patient, beautiful, loving angel. You are so much more than I deserve.

You Think You Do, Anyway.

Except for malodorous, house-bound misanthropes, no one wants to be alone. Humans are social creatures who seek comfort in the company of their fellows. Romantic love is particularly cherished, with lonely hearts sinking billions into online matchmaking services in the hopes of bringing at last to an end their soul-crushing isolation. The depths of humanity’s reverence for the emotion are so pronounced that fantastically ridiculous abilities are attributed to love, such as its apparent tendency to make the world go ’round or that ‘love is all you need.’ Love makes us stupid, and we like it.

Valentine’s Day, February 14th, has been set aside to honor this most beloved of emotions. And like love itself, the holiday exerts a dizzying power over the senses, often leading to anxiety, despair and weight-gain. With all this going for it, who doesn’t love Valentine’s Day?

Lots of people, as it turns out. Those untouchables not fortunate enough to be in relationships despise the day, as it is a painful reminder of their empty, joyless lives, into which the light of fulfilment never shines. People in relationships likewise hate the holiday. Is it not enough, they reason, to eat meals, watch television and occasionally copulate with this barely tolerable person, without having to spend oneself broke attempting to bolster their self-esteem? Plenty of people have a beef with Valentine’s Day.

But given that the holiday has not only survived into modern times, but actually thrived, clearly, someone appreciates the annual homage to love.  So who does love Valentine’s Day? These guys:

The Love You Earn Is The Cash You Burn.

You know who else hates Valentine’s Day? Salman Rushdie and Bugs Moran. ∞ T.

In 1965, songwriters Hal David and Burt Bacharach opined that love was ‘the only thing that there’s too little of.’  As any starving child in a famine-ridden but over-populated country will readily tell you, there are a great many things much rarer than love, which turns out to be rather common.

Dignity, however, is a dying resource. Experts contend that long-term exposure to media and social diets low in dignity can lead to both spiritual and moral deprivation as well as physical degradation. To celebrate this unfortunate trend, we’ve taken amusing pictures from the internet, and added to the poignancy with our own comments.  Enjoy!

Bonus! The Tank Can Hold Up To A Magnum Of Diet Pepsi.

No Matter How Excited You Are, It's Never Okay To Douse The President In Your Personal Fluids.

How Many Different Kinds Of Gay Can You Spot In This Picture?

San Francisco Is The Only Ballclub Forward-Thinking Enough To Sponsor Its Own Pedophile Outreach Program.

There's A Fine Line Between Terrifying And Ridiculous. It's Called The 'Terrifyingly Ridiculous Line.'

It Would Appear That Star Fleet Academy Has Relaxed Its Entrance Requirements In Recent Years.

Look At The Size Of That Pussy! The One Under The Cat, We Mean (Oh, Don't Act So Shocked; You Love It When We Go Lowbrow).

The Ass-Belly Is The Most Disturbing Thing In This Image, And That's Saying Quite A Bit.

Someday You'll Be Able To Tell Your Kids About That Time You Made Danica Patrick Throw Up In Her Own Mouth.

You Can Laugh, But It's A Finely Tuned Evolutionary Adaptation To Life In Today's Fast-Paced Urban Environment.

So how do you go about getting yourself one of those aqua-scooters, anyway? < S.

The Whitaker-Whitaker Wedding Was The Biggest Shindig Taint Junction Had Seen In Living Memory. The Kids Gorged Themselves On Mayonnaise-Fried Ho-Hos, While The Adults Stood Around Drinking Turpentine From Dixie Cups.*

Throughout history, marriage has held a special place in human society.  It is one of the unique links that unites not just the different peoples of the world, but also every strata of society within individual cultures.  The rich marry, and so do the poor.  Matrimony is enjoyed by the intelligent, and by the very stupid, too.

Although the institution of marriage or some form of monogamy is nearly universal, there are vast gulfs in the way different cultures and subcultures perceive marriage.  In the West, by far the most interesting relationships are between the very dumb.  Virtually every aspect of these dimwitted relationships–the laughter, the crying, the acrimonious arguments at 2:00 AM on the front stoop–is fodder for a voyeuristic public.

Anna Nicole Was Dumb Enough To Go Down On A Microphone, And Yet She Too Found Love. Alas, It Hardly Matters As She's Dead Now.

A Florida couple, just starting out on love’s meth-addled journey, have provided fresh swill for the trough.  The unidentified man and his intended found a way to share with the whole town the good news of their retarded union.

Wanting to declare his love in writing, but rather than employ a method so prosaic as a note, the retarded Romeo spray-painted his proposal on the garage door of a Lehigh Acres home: ‘WILL YOU MARRY ME ALISON?’  The home was not his own.  Alison responded with a spray-painted affirmative.

The Mating Call Of The Red-Throated Methsucker.

“The choice of location is appropriate,” says Dr. Emil Haagerdäddi, chairman Emeritus of the University of Kentucky’s Department of Real American Studies and author of Crackers, Rednecks and Hicks: White Trash Culture in These United States.  “I surmise that the young man’s home–most likely his grandmother’s trailer–is in some way an unsuitable canvas for his purposes.”

Sometimes Temporary Unions Form In Which Only One Partner Is A Moron. In At Least One Instance, This Has Resulted In Teenage Mutant Ninja Herpes.

Unions between idiots are generally encouraged by society, as it keeps feeble genes within certain communities, and limits their introduction among the normals.  Haagerdäddi claims that these fears are overblown, since “These mouth-breathers often lack a chromosome or two, rendering them incapable of reproduction.  They’re essentially mules with opposable thumbs.”

The Doctor cautions, however, that “When they are able to breed, they breed like rabbits.”

The Maury Povich Show Is A Great Resource, Providing Paternity Tests The Unintelligent. We're Rooting For This Guy!

It’s Valentine’s Day.  If you’re not spending money on your valentine, you’re not showing your love.

If you don’t have a valentine, there’s something wrong with you.

Brought to you by your friends at Hallmark Cards.  We’ve been making you feel inadequate for 100 years. 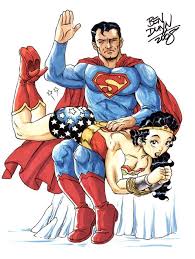 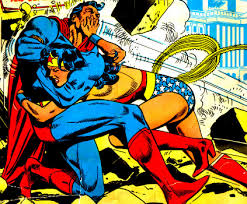 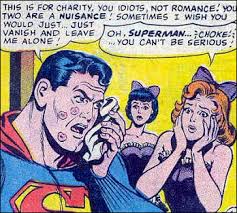