These days, beachgoers have a great many anxieties.  Thanks to movies like Jaws and the annual awesomeness that is Shark Week, bathers know the carnage which can be unleashed in an eyeblink by the likes of a great white, bull shark or tiger shark.  Steve Irwin taught us that even semi-sharks can be dangerous.  Some people are even on the lookout for barracuda.

Unlike The Silky, The Great White Has Nothing To Prove.

These aquatic fears notwithstanding, no one seems to fear the silky shark.  This despite the occasionally aggressive creature’s heavily-muscled body and powerful jaws.  The shark’s soft-sounding name almost certainly has something to do with its lack of reputation.  Silky seems more reminiscent of the tagline for a ladies’ razor commercial than a fearsome would-be maneater.

The silky shark boasts six unprovoked attacks on humans, beating out both the leopard shark and the great hammerhead.  But like those two species, the silky has yet to make a confirmed human kill.  Without this first kill, the silky is destined to remain with the flounders and tuna among the aquatic busters.  If the silky shark intends to join the elite ranks of whites, tigers, bulls and blacktips, clearly more needs to be done.

We suggest that the silky launch an immediate PR campaign.  And a name change wouldn’t hurt.

The Silky Shark: Not Actually A Pussy; It Just Sounds And Acts Like One.

Self-loathing nutjob James Lee stormed into the Discovery Channel offices Wednesday looking for justice.  Instead, the environmental radical bumbled his way into a delicious pile of irony.

Lee’s apparent purpose was to serve as a sort of homicidal spokesperson for nature.  The police obliged by shooting him down like a dog. 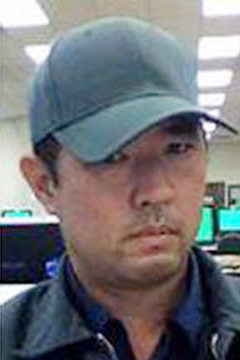 "Another Thing: Why Can't We Have 52 Weeks Of SHARK WEEK?" We Hear You, Brother.

Bonus: There’s one less nasty human messing up the planet.  Way to take one for the team, Jim!