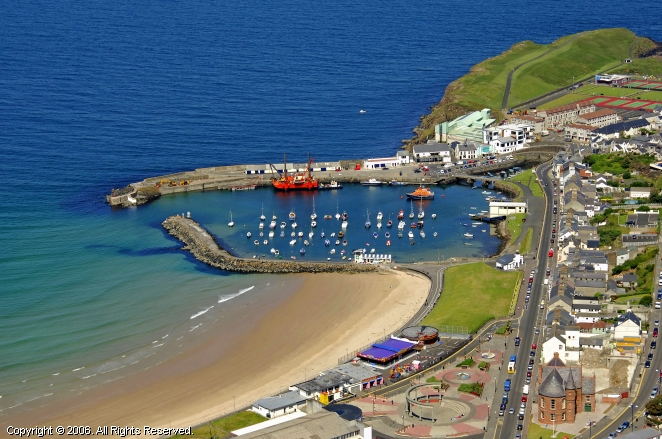 Not This Kind, Silly. Today YOU Get To Be The Ass. It'll Be Fun!

We Americans are justly proud of our ignorance. Along with obesity and braggadocio, having our heads up our asses is the trait for which we are best known around the globe. Regardless whether you count yourself among these mouth-breathing legions of half-witted cretins, or rather, take pride in the fruits of your three semesters of community college, every American can bask in the oily thrill of being an ignoramus. Holidays like Ash Wednesday provide just such an opportunity.

Ash Wednesday marks the first day of Lent, 40 days of rigorous self-denial practiced by Catholics and also by some of the lamer protestant sects. Catholics, in particular, mark the day by smudging their foreheads with ash as a sign of atonement to a God Who is, after all, pretty vengeful.

You Think He's Gonna Give Us A Lot Of Second Chances After What We Let Happen To His Boy?

Although you may be entirely familiar with the customs of this day, feigning ignorance should be simple enough.¹ When you see a friend, coworker or complete stranger with ash on his or her forehead, go ahead and ask about it. However, by no means should you ask with anything approaching decorum or propriety.  We recommend Hey–what’s wrong with your forehead? or Dude–you’ve got some shit on your forehead! The good-natured among your Catholic friends won’t rise easily to the challenge, and may even patiently explain the scriptural significance of the ritual the first several times you loudly call attention to dirty foreheads. But with dedication, persistence and a little luck, you’ll have established your asshole bona fides by lunchtime. Go get ’em, tiger!

¹Persons of Latin descent may experience additional difficulties in convincing people they know nothing of Catholicism. ∞ T.

Like so much of the English language, ‘Gay’ has a variety of connotations.  Here are the three most common definitions, told with pictures rather than words.

Ex: The joys of the Christmas season left everyone feeling quite gay.

Ex: Evan’s not very good at sports because he’s gay.*

Ex: He’s got a tattoo of a Camaro on his back, and it’s super-fucking gay.

Some rare and wondrous creatures manage to embody all three definitions simultaneously:

*A note to potentially offended readers: It should be obvious that any implication that gay people make poor athletes is intended for humorous purposes, and does not reflect the actual opinions of Promethean Times.  In fact there have been many outstanding homosexual athletes, including Billie Jean King, Greg Louganis and any male figure skater who ever lived.

We regret any offense we may have caused to gay athletes.  The real reason Evan isn’t any good at sports is because he’s Jewish. ∞T.

If You Think About It, Except For Being A Little, Bald, Dead Indian Dude, Smaktakula Is A Lot Like Gandhi.

Smaktakula’s legion of slavishly devoted fans, groupies and stalkers will be delighted to know that Promethean Times’ head writer has reconsidered his decision to retire from journalism to pursue a life of boundless hedonism and degenerate self-gratification.  Regarding  the change of heart, Smaktakula says, “I felt I was needed here.”

As proof of  his intentions, Smaktakula announced that he has bequeathed his Chadian bonanza to several worthwhile charities: “Let’s see . . . the retarded kids, I think . . .and uh, I’m pretty sure Jerry’s Kids–there’s something wrong with them, right?–and–and kids with no heads.  Look, you said you’d stick to the questions we agreed upon.”  Moreover, Smaktakula has also donated the remaining funds in his checking account, including the $4,500 his Aunt Lois gave him after he finally completed a treatment program.

Smaktakula Was Forced To Sell Many Of His Objects d'Art To Settle A Few Outstanding Bills.

Knowing that his money is helping retards and kids with no heads has been a profound emotional experience for Smaktakula.  “When I think about it,” he says, “I break down and cry like a little baby.”  This author was treated to such a display after arriving ten minutes early for our interview; Smaktakula lay on the cold, stone floor of his apartment in his mother’s garage, fetal and twitching.  After he was covered with a blanket, the pitiable wretch became calmer, at which point it was a matter of waiting out his quiet, snuffling sobs.

Smaktakula is delighted to be back in the saddle, but hopes that no one was offended by the quotations he claims were misattributed to him by Promethean Times.  “I never called anyone ‘bitches,'” he argues.  “I said ‘witches,’ as in evil practitioners of the occult and concubines of Satan himself.”  He adds, “Which I am totally, completely and 100% against.”

For Having Been The Recipient Of Such A Gift, Smaktakula Is Surprisingly Ungenerous To Chad: "Those People Can Rot In Hell!"

No Longer Able To Enjoy The Simple Pleasures Of The Little People, Rich Dudes Like Smaktakula Do Increasingly Bizarre Things In Search Of Fulfillment.

Smaktakula announced at a press conference today that he is “Super-freaking rich” and that he is now “finally living the life I deserve.”  He punctuated this with, “Who’s laughing now, bitches?”,  which he followed up with “Nobody, that’s who.”  He then took a long draught from his pimp-cup and sprayed the audience, who in light of the author’s newfound status, could only sit there and take it.

Smaktakula: His Mind On His Money And His Money On His Mind.

Yesterday morning, a simple electronic message changed Smaktakula’s life forever, when fate plucked him from the soul-crushing poverty that ensnares most of the people reading this article, setting him gently upon the gilded pedestal reserved for the world’s elite.  It seems that a certain African leader, whose identity has yet to be revealed, must quickly get his funds out of the country in the face of an oncoming coup.

Is This Smaktakula's Mysterious Benefactor? Maybe.

For reasons too murky for Smaktakula to follow, the strongman intends to place his vast fortune into Smaktakula’s checking account. For rendering this service, Smaktakula will be allowed to keep roughly 10% of the despot’s $25 million fortune.  “Imagine what I could do with $250,000,” the ex-writer crowed, “I could buy 250,000 lottery tickets and double or even triple my fortune!”

Smaktakula's Financial Strategies Will Make Him As Rich As Croesus.

Smaktakula dismisses as sour grapes the many, many warnings he has received from people he thought were his friends that his recent good luck is an email scam.  The blogger, who describes himself as a “super-genius–way smarter than you,” is not worried.  “I did my research, and I know about Nigerian scams,” he says.  “This email comes from N’Djamena, Chad–which is a whole different country.  I checked it out on Wikipedia.  It’s legit.”

Smaktakula has provided his account information as requested, and since then has been eagerly checking his balance every five minutes or so.  To his former readers at Promethean Times, the gazillionaire had this to say: “So long, paupers!  If you ever see me around here again, you can bet that I fucked up real bad!”

It IS Pretty Unbelievable!

Cheerleaders Should Be Objectified, Not Attacked.

Disgusting.  Vile.  Hateful.  These were a few of the words which sprung to many people’s minds when they first heard that two University of Missouri basketball players had assaulted a cheerleader.  According to the police report, the two senior forwards are alleged to have broken the victim’s nose.

Amanda Hanneman: Clearly More Interested In Peace Than In Beating Up Cheerleaders.

The shocking revelation that the cheerleader was a male and his attackers women injected some well-needed levity into the situation, and also highlighted the victim’s undeniable courage in both reporting this assault and in admitting to being a male cheerleader.

Someday The World Will Recognize You For The Trailblazing Pioneer That You Are. Homo.