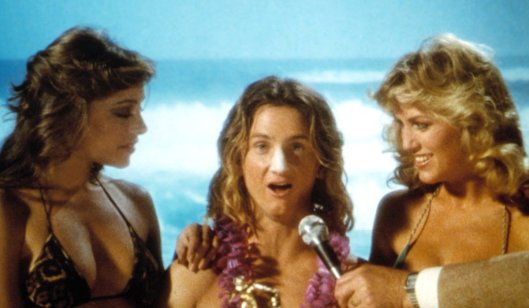 Nah, not this guy. He and I are kindred spirits to a certain extent.

Not all that long ago I discovered something new about myself. It wasn’t new, exactly—I’d been doing it for a long time without realizing it, but had only recently thought to ask to ask myself why.

You may already know that I have an unusual first name. It’s ethnic, kinda freaky; you hear it more as a last name if you hear it at all. Anyway, there’s a real good chance that somebody meeting me for the second time is gonna misremember my name, and call me by a different, but only slightly more common name. Here’s the thing: it’s always the same fucking name. And this other name is fairly rare, too–chances are the only time you can remember hearing it is as the last name of a moderately successful comedic actor from the 1980s. 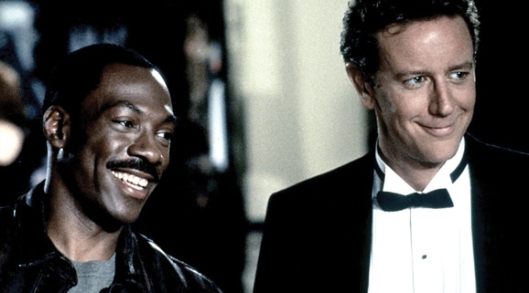 People are always calling me ‘Murphy’ and I fucking hate it!

When someone calls me by that name, I’ll either correct them or I won’t, obviously. But it never occurred to me that there might be a pattern to this behavior. I simply assumed that there were some situations where for whatever reason I didn’t feel bothered correcting someone.

Eventually, I was able to tease out an identifiable pattern to my behavior, and it boils down to how I feel about the person. If I like the person, I’ll correct them. If I don’t, I won’t.

Getting to the motivations behind this behavior was a little more challenging, and when I did finally plumb the dark heart of this mystery, I found it was surprisingly passive-aggressive. You see, I’d unconsciously created a system whereby I could justify my negative opinions of the person. By not correcting them I pretty much ensured that they would continue to address me by the wrong name, which irritated me and in turn gave me more reason to not like them.

You’d think that once I became aware of this frankly childish and unproductive behavior I would have taken immediate steps to curtail it. You’d be wrong, though.

It is so important to love the person you are.

Recent revelations prove conclusively that famed kraut patsy Bruno Hauptmann–who maintained his innocence until his execution in 1936–was unjustly convicted in the infamous Lindbergh Baby Case.

"Restore Feudalism Or The Baby Dies!"

What do we want?  Corporate welfare!  When do we want it? Meow! ∞T. 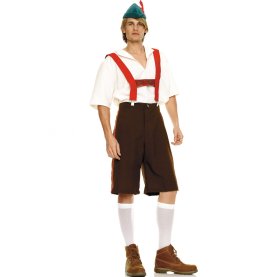 It's As If Suddenly God's Favor And Goodwill Went Up In A Cloud Of Smoke.

Back in the early 1990s, it seemed like German tourists in America couldn’t catch a break.  It’s hard to forget the spate of Miami slayings that had America’s German community on edge, and which prompted this publication to propose as a final solution to the crisis the immediate round-up of German nationals so that they could be sequestered for their own protection, and thereby gain a sort of freedom from their troubles through work.  Promethean Times’ calls went unheeded, and eventually the killings died down on their own.

It Can't Have Helped That God Was Watching The 1972 Olympics.

Although a hiatus in the killings was a relief to the governments of both the United States and Germany, the détente apparently proved a provocation for God Almighty.  It seems that Jehovah has recently chosen to singlehandedly renew the anti-Kraut campaign, smiting a German tourist with a bolt of lightning.

German Prices May Be Behind The Almighty's Wrath. According To One Witness, God Said Something About Germany Being "Hella Costy."

German advocacy groups were joined by religious leaders in expressing surprise and dismay at God’s decision to escalate hostilities.  It remains unclear just what the German people could have done that was so heinous as to earn the righteous and implacable enmity of the Lord of Lords.

Really?  You think He’s still mad about that?

Look, You Know He Has A Thing For Them.

Not Only Does It Taste Great, But It Keeps Your Hard-Earned Money Out Of The Hands Of Europeans. Remember, You're Not The Marshall Plan.

If you find yourself uttering the tired line, “American beer is crap,” or some similar aspersion against domestic brew,* then–like it or not–you’re an asshole, and a pretentious one at that.  While the typical mass-produced American beer tastes like pickled pig’s piss,  a number of craft and smaller-production brews are available throughout the nation.

Do You Imagine That The Krauts Drink This Swill?

Listen–everybody wants to make a good impression, but advertising your love of expensive, skunky pisswater over finely-crafted but umlaut-lacking American brews heralds your ignorance to the world.  Not only does such knavery piss off red-blooded Full Sail Ale drinkers and true-blue fans of Fat Tire, but it won’t impress the cute French girl you’re hitting on nearly as much as offering her a pack of stinky cigarettes.

*This admonition applies to American citizens only.  We recognize that citizens of other beer-drinking countries will no doubt hold their own brews in higher esteem than those crafted in our own liberty-loving, Providence-blessed Republic.  We appreciate your loyalty to your country’s inferior product. ∞T.

June 6, 1944: On Which The Hun Is Made To Understand That His Evil Shenanigans Will No Longer Be Tolerated.

The German Army doesn’t engender the same fear and respect that it did during the first half  of the 20th Century: children in Warsaw sleep soundly in their beds knowing that never again will the dreaded Wehrmacht come roaring from the west; in Amsterdam stoners and lechers alike sample the city’s many illicit delights without fearing the sound of jackboots on cobbled streets; and in Paris, Nicolas Sarkozy isn’t dusting off his nation’s official accord de capitulation just yet.

The biggest threat posed by modern Germany’s army is to its allies on the battlefield.  Recently in Afghanistan, German troops allegedly mistakenly killed several Afghani soldiers. 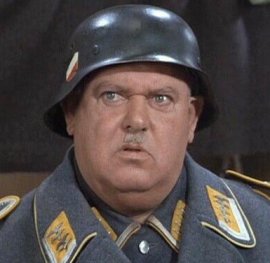 Corrupt Afghan despot Hamid Karzai was no doubt concerned by the needless slaughter of his people, but relieved to find that none of the victims was an enemy Taliban leader with whom Karzai was secretly meeting.

In light of this unfortunate situation, coalition governments are worried about negative reaction throughout the Muslim world to the friendly-fire killing, fearing that it will jeopardize the broader coalition mission to stabilize Afghanistan.

The world waits nervously to see which faction will draw the ire of the Afghanis and the greater Muslim world: The German soldiers who committed the costly error, or the Taliban fighters whose actions necessitated the deadly battle?