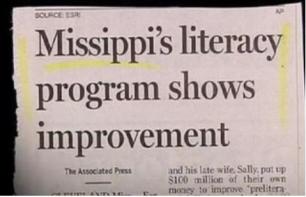 The White House was quick to reassure America’s friends in the Kremlin that, despite the recent arrest of at least ten alleged Russian spies, relations between the two countries were as warm and fuzzy as an inspirational poster of puppies from Spencer’s Gifts.  Observers have pointed to a noticable thawing in dealings between United States and Russia since the implementation of President Obama’s Reset Strategy.

RESET: Basing Your Foreign Policy On A Staples Ad Campaign Not Always Such A Great Idea

“The Obama is so refreshink.  Before, with the Bush it was all: ‘Don’t kill that journalist,’ ‘Let your people have the free elections,’ ‘Don’t you think you ought to stop invadink your neighbors?’  Blah-Blah-Blah.  Give me break!  I tell you, it was crazy.

But with the Obama, there is none of that.  We do what we do, and he does what he does, you know?  He calls every now and then, askink: ‘You guys still think I’m cool, right?’

We say, ‘Sure, Barry!  You are rockink dude!  Give me the high-five, bro!’  And then he goes away for a while.  Everybody happy.”

Obama is said to have remarked to his aides that Franklin Roosevelt also bent over for the Soviets, and that Truman threw half of Europe under the soul-crushing wheels of the Soviet machine.  “Everybody loves FDR and Truman, right?” the president is reportedly fond of asking.

Presidents Clinton and Bush 43 are credited with reviving the trend of sucking up to liberty-hating thugs.  Clinton, of course, consulted his Chinese masters before every major decision.  George W. Bush was known to have such a stiffy for the despotic and profligate Saudi regime that he was unable to resist holding hands whenever he got the opportunity.

His Weakness For Oily Men Was Legendary

In the end, President Obama said he was surprised by the fuss people are making over the so-called spy scandal:

“After all,” an aide quotes Obama as saying, “These are simply unregistered emissaries of a friendly foreign power, who were charged with clandestinely bringing the American way of life to their less-fortunate countries.  It seems cynical of the Republicans to bring up Putin’s penchant for ordering the assassination both at home and abroad of journalists and critics.  The Republicans seem to forget that the Bush Administration did exactly the same thing when they asked media organizations not to broadcast sensitive troop movements.”

The President then invited the White House Press Corps to come watch him slap around an oil executive that POTUS had flown in especially for the occasion.

Will You Be Needink A Reacharound, Mr. President?  White House: Spy Arrests Will Not Harm US-Russian Ties | USA | English.